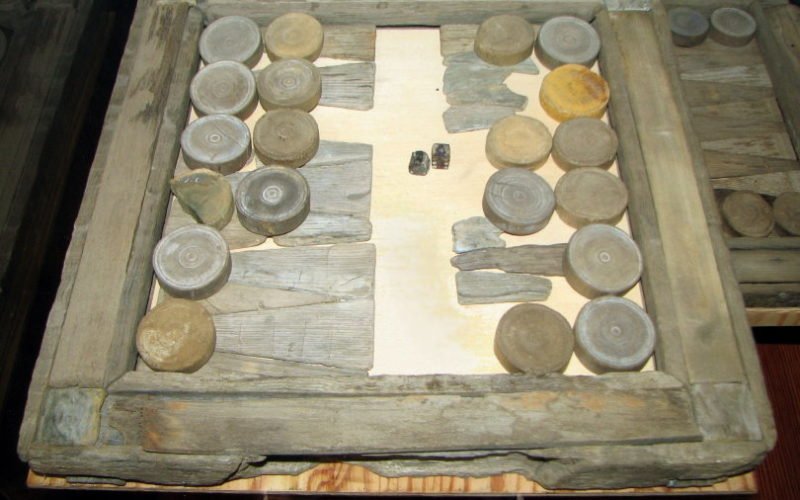 The History of the Backgammon Set is a Long and Interesting one. See Why in This Article!

The history of the backgammon set begins in the Near East thousands of years ago. According to recent research the backgammon game was first played in the areas now occupied by modern day Iraq and Iran. The basic elements of the backgammon board game were constructed of the materials widely used in the ancient world to create a variety of vessels.

Backgammon Boards – As Old as The Human Species

For example, at the most simple level the backgammon board may have been first scratched in the earth or on a flat piece of wood. Stones would have been used for checkers and the dice may have been carved out of bone.

A Game Passed on Through Generations

As people soon discovered that how to play backgammon was easy to learn and the game was fun to play the backgammon set became a common sight in homes or meeting places where gaming took place. In the course of time, wood became the dominant material in the construction of backgammon boards and checkers, though porcelain and a variety of other materials were also employed.

At the upper end of the market, the wealthiest members of society that liked to play backgammon, had backgammon sets made of materials that reflected their social standing. Highly decorative boards could be produced and precious metals used to make the checkers and dice. .

Up until the end of the nineteenth century backgammon sets were produced for personal usage by whoever wanted to play backgammon, or a set may have been ordered from a local craftsman. With the introduction of modern mass production, backgammon sets made their appearance on the shop shelves. Today these cheap sets are within the pocket money range of most children in the western world.

Online Backgammon – A New Era of Board Games

The growth of online backgammon has also recently provided a new alternative to the traditional backgammon set. Stimulated by the popularity of backgammon gambling, the amazing development of backgammon software has made available highly realistic looking Internet backgammon sets that look so real you almost feel as if you can reach out into the screen and throw the dice or move a checker.

However, the growing following of the online game does not seem to have dented the market for the traditional backgammon boards, checkers and dice but rather it has provided new ways of buying these. There is no longer any need to go to the nearest toy store. A search on the Internet produces many attractive backgammon sets for sale online at prices to suit all pockets.

In short, if you’ve ever thought about playing backgammon for fun or competitively playing on the internet can be a great way to start and practice and even to get involved in competitive play.