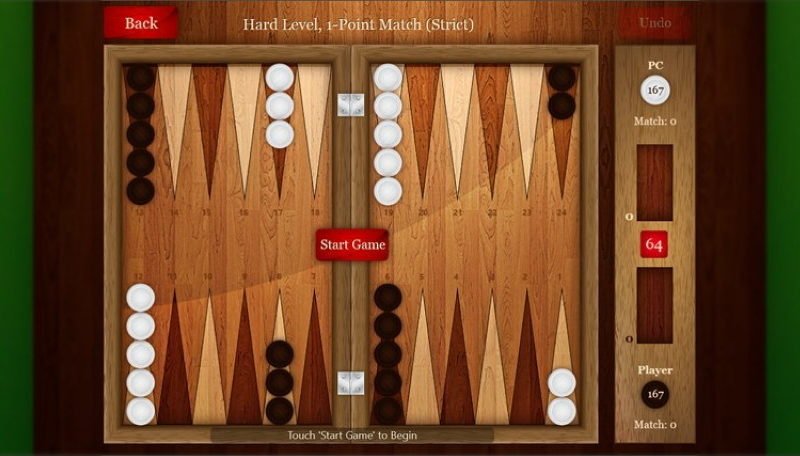 The game of backgammon has been played for an estimated five thousand years. From its early beginnings in the area of the world today occupied by Iran and Iraq, with the help of the Romans the game spread around the world.

In the course of all the centuries that have gone by since the collapse of the Roman Empire, backgammon has extended its reach far beyond the bounds of the ancient civilized world. It would be hard to explain the way one of the earliest recorded games has not only continued to be played but seems to be continually increasing in popularity.

The obvious explanation for its success is the shared experience of all generations that playing backgammon is such a pleasure.

Simple but Strategic – It Works for Everyone!

The joys of playing the backgammon game are many since the game requires strategy in a uniquely captivating manner. The simplicity of the backgammon rules contributes the enjoyment of the game since it does not take long for even young players to acquire the skills needed to play. This helps explain how the backgammon board and backgammon set of checkers, dice and dice shaker, are now found in homes throughout the world.

To play backgammon has become a social activity enjoyed by millions of people of all ages. Once children get hooked on the game at home, as their skills improve they often continue to join backgammon clubs. Sometimes their interests in the game and success at playing lead them to take part in tournaments.

Online Backgammon – The Best Version of the Game

Internet gaming developers have not been slow to recognize the joys of backgammon and online backgammon has taken its place as one of their leading offerings. Internet backgammon has certainly been propelled into a high profile by backgammon gambling.

Contrary to what some people might think the gambling element in backgammon was not an invention of Internet gaming but it has been an integral feature of the game from the beginning. The game of Tabula (as the Roman version of backgammon was called) was entirely centered on gambling.

Gambling for many backgammon players contributes to the excitement of the game. When money is at stake a player feels more motivated to play well whether they are convinced that they are about to win a substantial amount from their fellow players, or perhaps they fear losing their own stake!

In any event, the flourishing of online backgammon has been a wonderful gift for backgammon addicts worldwide. Prior to the introduction of backgammon to the Internet, opportunities to play the game were limited to the hours clubs met, or when a friend was interested in a game.

Backgammon – A popular game for all skill levels

Now keen players can connect to a backgammon site and can be guaranteed they can always find a game at the skill level they are looking for. If anyone is planning on making a survey on the extent that backgammon players enjoy their game, they need only investigate the numbers of people logging onto such sites and the times they log on and stay online, to get a good idea of its popularity.