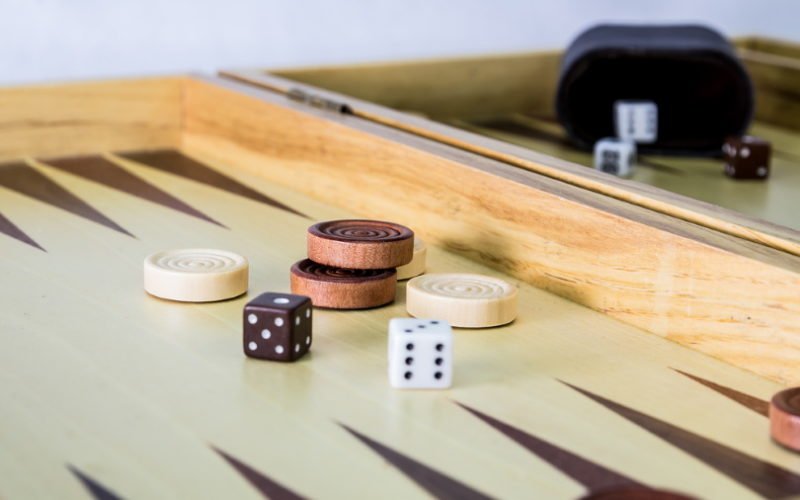 Backgammon is one of the oldest existing board games. Life even 500 years ago is so hard to imagine for us, and the backgammon game first appeared 5000 years ago. Many people love to play backgammon on entertainment purpose. However, gambling on the game is very common. The objective of the game is to get all 15 pieces of your game off the board before the opponent. It is a combination of skill as well as luck. Why? Because your choices in this game are limited to roll of two dice.

There are some backgammon clubs and also societies in different parts of the world. They organize regular tournaments for players of different levels. There is also national and international level of tournaments organized for the more serious players too. Winning these competitions can be prestigious. It is also very lucrative for the prize money too. People can now play backgammon even online these days.

A brief history of the game Backgammon

Backgammon is a direct derivation of a Persian game known as Senat. This game was very famous and was played on a wooden board with 30 squares. The rules of this game are not entirely clear even today, but the game was very famous as it has been spread to Greece, Rome, Persia and the far east.

Even an archaeological team in 2004 found a board with 60 pieces that resemble the checkers. On further investigation, experts have declared that the game was imported from India to Iran.

This game was also very famous in China. In 220 AD the earlier version of this game was introduced to the Chinese people. Japan also had their players of the game until Empress Jito considered this game as illegal gambling and banned it between 690 AD to 697 AD. 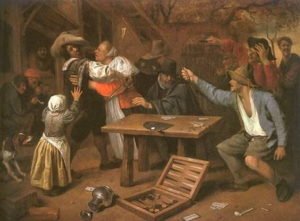 Backgammon came to Europe from Asia. It wasn’t known by this name until Irish called it Backgammon in 1645 AD. It was named Tabula until then. The game spread its wings all over Europe as early as in 902 AD. The Spaniards, Italians and the English olds were introduced with the game in 1025 AD.

It wasn’t until 1743 that the official rules of the game were published because until then no one knew the proper rules of the game. It was an upper-class private club game until 1920 when the US contributed to the game with their newly invented doubling cube. It helped in enhancing the game from the gambling perspective.

Setting up the board in Backgammon

Now, when you open the backgammon board, you will see four different sections. Each of these sections is going to be with 24 triangles or points. The players will be facing each other. One player will move the pieces clockwise, and the other player will move them counterclockwise. The checkers will be set up like:

Each player will get two dices for their game.

How to play Backgammon

What are the points of the point?

It is important to understand the game first before rumbling. So, here are some descriptions of different components of the game you may like to know.

So, here are a few things you always wanted to know about the very famous game of backgammon. Get in the casino and start playing today.