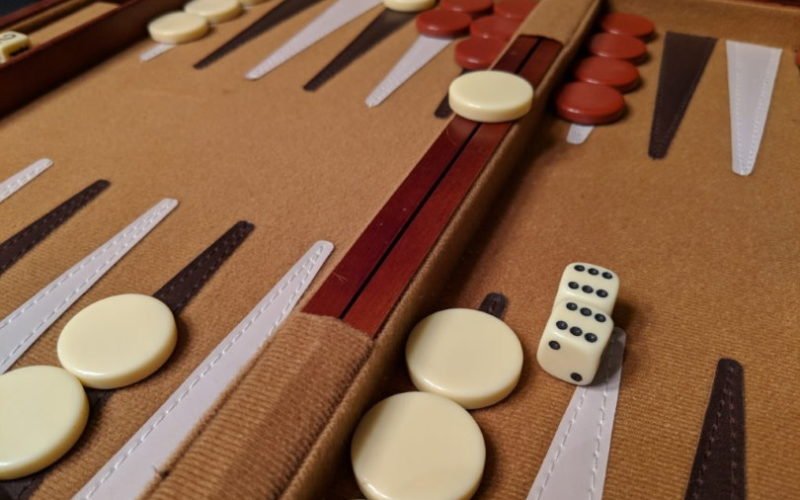 How to Play Backgammon is Easily Learned! Read our Beginners Guide below!

The backgammon game has been around for thousands of years. Its origins are lost in the mists of time, but it seems that backgammon was played by the ancient Persians and spread through the Roman Empire and from here throughout the world.

The fact the how to play backgammon is easily learned has led to the backgammon board game becoming a feature of many private homes, as well as cafes, clubs and places of entertainment. In the course of the thousands of years that the game has been played, a number of variations have developed, for the most part associated with specific regions, for example “Tavla”, or Turkish backgammon.

Leaving aside the varied ways in which backgammon is played in different areas of the world, the standard backgammon rules that are followed in international competitions are still what most people consider as providing the backgammon instructions they wish to follow in their games. Also, although online backgammon has become very popular over recent years, it is these international rules that govern the conduct of the majority of today’s backgammon software supports. Therefore, unless you are specifically searching for a regional variety of backgammon, your backgammon game download will give you a game conducted according to these internationally accepted rules.

How to play online backgammon and how to play backgammon on the traditional board both require an understanding of the objective of the game, the setup of the backgammon board, and the rules governing the moving of players. This information is easily acquired by observing experienced players, by playing demonstration Internet backgammon games and by reading the extensive backgammon rules available on online backgammon sites.

The aim of the game is for each player to move all their checkers to the area of the board designated as their home quadrant. From here, they are able to remove checkers from the board and the first one to succeed to remove all their checkers is the winner. The familiar backgammon setup involves each player being allotted fifteen checkers, with one player traditionally using white checkers while their opponent uses black checkers.

The Roll of the Dice

The movement of checkers is controlled by the throw of a dice and this provides the random element that significantly contributes to the game’s excitement. However, in addition to the dice throw, the devising of a sound backgammon strategy also forms an essential element in a winning player’s performance and this develops as players gain experience. The best way to develop playing strategy is through practice using free backgammon software on the net.