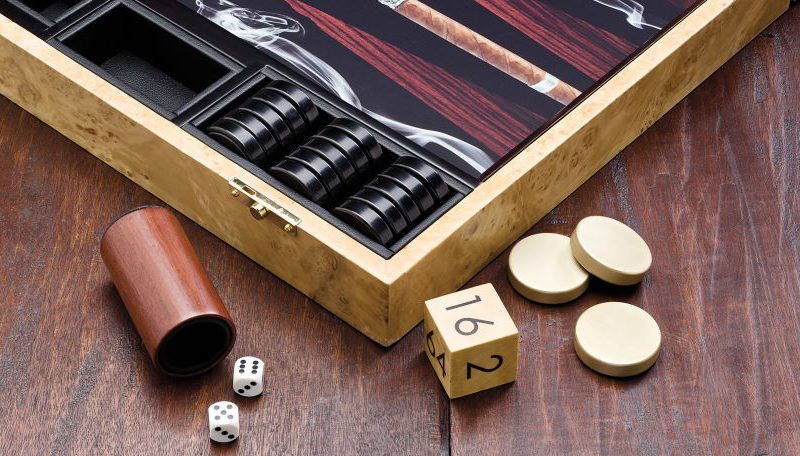 Backgammon has existed since the dawn of modern humans and has evolved with us. See some of the most popular variants of Backgammon below!

There are many variants to standard backgammon rules. Some are played primarily throughout one geographic region, and others add new tactical elements to the game, such as by altering the starting position, restricting certain moves, or assigning special value to certain dice rolls.

Acey-deucey is a variant of backgammon in which players start with no checkers on the board, and must bear them on at the beginning of the game.

The roll of 1-2 is given special consideration, allowing the player to select doubles of her choice. A player also receives an extra turn after the roll of 1-2 or of doubles.

Each side still has fifteen checkers total, but with two checkers on each side starting further back, there is more initial contact between the two sides, and less chance the game will quickly develop into a race.

The Old English rule restricts the number of checkers to a maximum of five on each point, thus forbidding some moves that might otherwise be made. This variation is popular in England as well as other regions, and is sometimes called the Egyptian rule.