Note: Gammon Empire does not accept cash players from some US states.

There are plenty of tournaments you can get involved in at any given time (full schedule on site in Events Calendar): 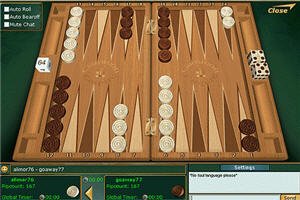 Single Game commission is taken from the final winning sum (the winner pays for both players). The commission rate varies depending on how much is won.

Series (Match) commission is taken from the stake sum plus 0.5% for each additional point in a game over 1 (the winner pays both).

Gammon Empire encourage matches between 2 players with a similar rating level, therefore there are various financial incentives to play against similarly rated players – and penalties for playing against people with very different ratings (check out the site for details). 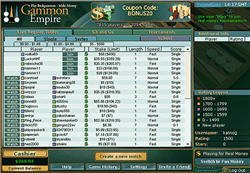 Promos vary, but when we looked they had these running:

Deposits can be made by the following methods: