Choose between Backgammon and Hypergammon at Game Account. Matches or tournaments, with players in over 130 countries competing for big cash prizes.  Play against others with a similar skill level to your own, or challenge one of the Bots! Free or cash games always available. Play in UK pounds, US dollars, Euros or Australian dollars. No download required.

Choose between Backgammon and Hypergammon. In Hypergammon each player begins with three pieces rather than the usual fifteen. 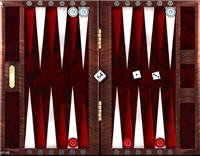 Join a table displaying your preferred stake. Matches are won by the player who reaches the target point-score first. The winner receives his or her stake back plus their opponent’s stake, less the applicable rake.

Player Rating system provides an accurate measure of a player’s skill.  Player Rating goes up or down depending on a number of factors including: whether you’ve won or lost; how many games you’ve played; your aggregate wins & losses; and the player ratings of your opponents.

Players have a separate rating for each of the games. 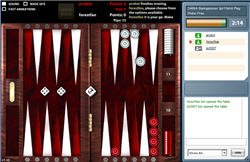 Robot players are online 24/7 to play you for free or for real money stakes. Four different bots available, each with different features.

Bonuses vary but when we looked they had: