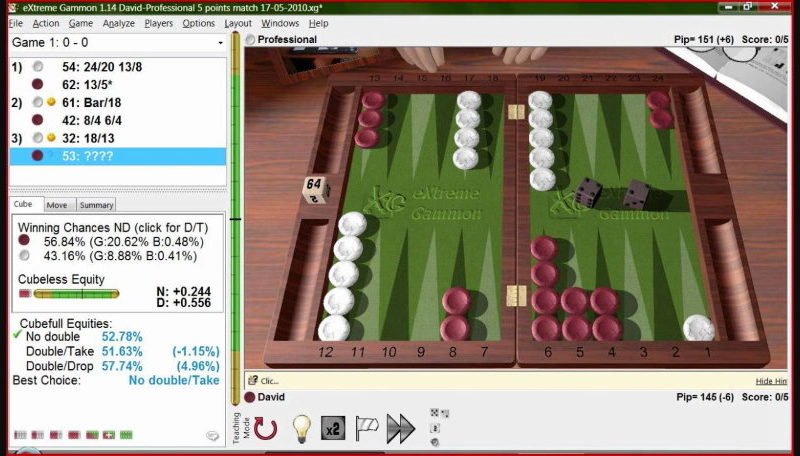 Not much is talked about Backgammon software, but this article proves why it should be. Read why down below!

Backgammon has been studied considerably by computer scientists. Neural networks and other approaches have offered significant advances to software both for gameplay and analysis. The first strong Backgammon computer opponent was “BKG 9.8”. It was written by Hans Berliner in the late 1970s on a DEC PDP-10 as an experiment in evaluating board positions.

Early versions of BKG played badly even against poor players but Berliner noticed that its critical mistakes were always at phase changes. He applied principles of fuzzy logic to smooth out the transition between phases.

By July 1979, the BKG 9.8 was strong enough to play against the ruling world champion Luigi Villa. It won the match, 7-1, becoming the first computer program to defeat a world champion in any game. Berliner states that the victory was largely a matter of luck, as the computer received more favorable dice rolls.

In the late 1980s, creators of backgammon software began to have more success with an approach based on neural networks. TD-Gammon, developed by Gerald Tesauro of IBM, was the first of these programs to play near the expert level.

Its neural network was trained using temporal difference learning applied to data generated from self-play. According to assessments by Bill Robertie and Kit Woolsey, TD-Gammon plays at or above the level of the top human players in the world.

This line of research has resulted in two modern commercial programs, Jellyfish and Snowie, as well as the shareware BGBlitz implemented in Java, and the free software GNU Backgammon. They also offer tools for analyzing games and offering detailed comparisons of individual moves.

It is worth noting that without their associated “weights” tables, which represent hours or even months of tedious neural net training, these programs play no better than a human novice.

Backgammon software has been developed not only to play and analyze games, but also to facilitate play between humans from different parts of the world over the internet. Dice rolls are provided by random or pseudorandom number generators.

Real time online play began with the first internet backgammon server on July 19, 1992. The server is the longest running non-commercial backgammon server in the world and enjoys a strong international community of players.