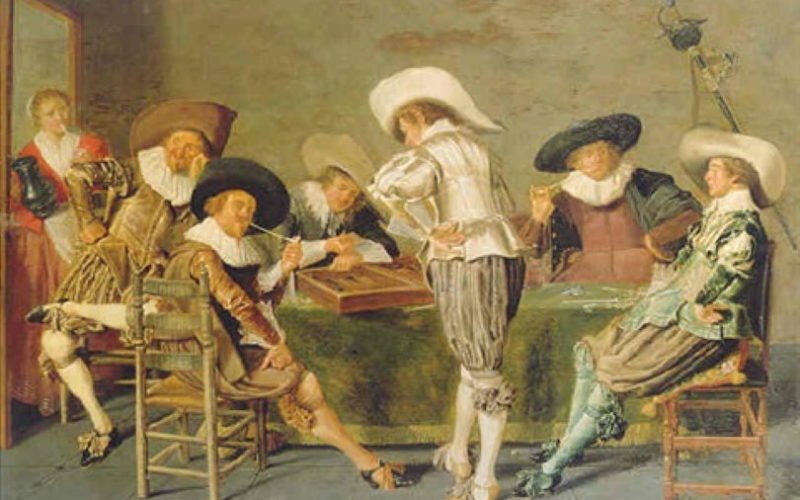 What is Backgammon and Where Does it Come From? Find Out in the Article Below!

Backgammon is a board game for two players in which pieces are moved according to the roll of dice and the winner is the first to remove all his pieces from the board. Many variants have developed throughout the world, but most share the same common elements. It is a member of the tables family of games.

The game is essentially a race, and luck plays a measurable role, but Backgammon offers a significant scope for strategy. With each roll of the dice, a player must choose between numerous options for moving the checkers, and plan for possible counter-moves by his opponent. Opportunities for raising the stakes of the game introduce more strategic intricacies. Players have developed a vocabulary for common tactics and occurrences.

Like chess, Backgammon has been studied considerably by computer scientists. Research has resulted in Backgammon software that is capable of beating world-class human players.

Backgammon Games History – A Tour Across the World

The ancient Egyptians played a game called senet, which resembled Backgammon, with moves controlled by the roll of dice. The Royal Game of Ur, played in ancient Mesopotamia, is a more likely ancestor of modern tables games. Recent excavations at the “Burnt City” in Iran showed that a similar game existed there around 3000 BC. The artifacts include two dice and 60 pieces, and the set is believed to be 100 to 200 years older than the sets found in Ur.

The ancient Romans played a number of games with remarkable similarities to Backgammon. Ludus duodecim scriptorum (“game of twelve lines”) used a board with three rows of 12 points each, and the pieces were moved across all three rows according to the roll of dice. Not much specific text about the gameplay has survived.

Tabula, meaning “table” or “board”, was a game mentioned in an epigram of Byzantine Emperor Zeno (AD 476-481). It was similar to modern Backgammon in that a board with 24 points was used, and the object of the game was to be the first to bear off all of one’s checkers. Three dice were used instead of two, and opposing checkers moved in opposite directions.

In the 11th century Shahnameh, the Persian poet Ferdowsi credits Burzoe with the invention of the tables game nard in the 6th century. He describes an encounter between Burzoe and a Raja visiting from India. The Raja introduces the game of chess, and Burzoe demonstrates nard, played with dice made from ivory and teak.

The jeux de tables, predecessors of modern Backgammon, first appeared in France during the 11th century and became a frequent pastime for gamblers. In 1254, Louis IX issued a decree prohibiting his court officials and subjects from playing the games. Table games were played in Germany in the 12th century, and had reached Iceland by the 13th century.

While it is mostly known for its extensive discussion of chess, the Alfonso X manuscript Libro de los juegos, completed in 1283, describes rules for a number of dice and tables games. By the 17th century, tables games had spread to Sweden. A wooden board and checkers were recovered from the wreck of the Vasa among the belongings of the ship’s officers.

In the 16th century, Elizabethan laws and church regulations had prohibited playing tables, but by the 18th century Backgammon was popular among the English clergy. Edmund Hoyle published A Short Treatise on the Game of Backgammon in 1743; this book described the rules of the game and was bound together with a similar text on whist. The game described by Hoyle is, in most respects, the same as the game played today.

In English, the word “Backgammon” is most likely derived from “back” and middle english “gamen”, meaning “game” or “play”. The earliest use documented by the Oxford English Dictionary was in 1650.